Get fresh music recommendations delivered to your inbox every Friday.
We've updated our Terms of Use. You can review the changes here.

Was That All It Was (incl. DjPope Remixes) 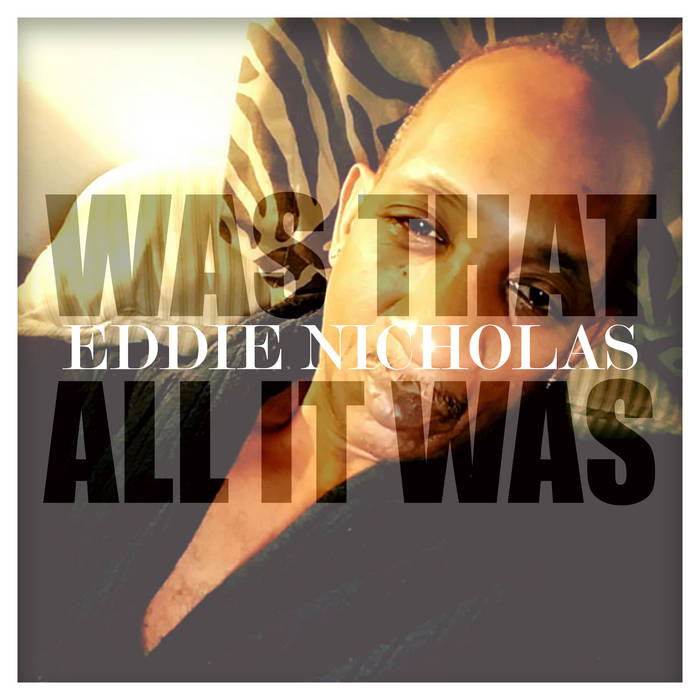 Mixtape Sessions and Dekmusique Imprint are proud to present recording artist extraordinaire Eddie Nicholas’ rendition of "Was That All it Was" which includes the brand new DjPope Remixes. About ten years ago, Eddie Nicholas and Deidre Covington were sitting on the Hoboken Pier talking about life and music. During the conversation, Jean Carne's name came up and Eddie made mention that one day he was going to record Carne’s classic tune... step in Jalal Johnson and Rasmir Mantree! Their music and production collaboration birthed the album version which appears on Eddie’s debut "Do You Wanna Dance?" LP.

Promotional copies were sent out at that time and the song fell upon the ears of multi-talented DJ and producer, DjPope. Baltimore's own DjPope masterfully took the foundation of Eddie’s rendition and created a master piece! Take a listen to DjPope’s Remixes as well as Rasmir Mantree’s album version and dance the night away! This song pays homage to and offers up the male perspective to Jean Carne’s incredible song, originally released in 1979. In 2019, it sounds as fresh and as relevant as ever!

Check out more from Eddie Nicholas and Mixtape Sessions at: eddienicholas.com | mixtapesessions.com

All vocals performed by Eddie Nicholas.

Mastered by Adam Cruz at EbbnFlow Studios in Bloomfield, NJ.

Special thanks to DJ Pope for a stellar job well done. Major love and respect to you and Rasmir!

Eddie Nicholas is an incredible vocalist, stage performer and event promoter. Since his break out hit “You Make Me Carry On” (Strictly Rhythm 1995,) Eddie has appeared and performed all over the world. When he’s not performing, Eddie can be seen co-hosting many music festivals including the 9th Annual Lincoln Park Music Festival and the 3rd Annual Weequahic Park House Music Festival. ... more

Bandcamp Daily  your guide to the world of Bandcamp